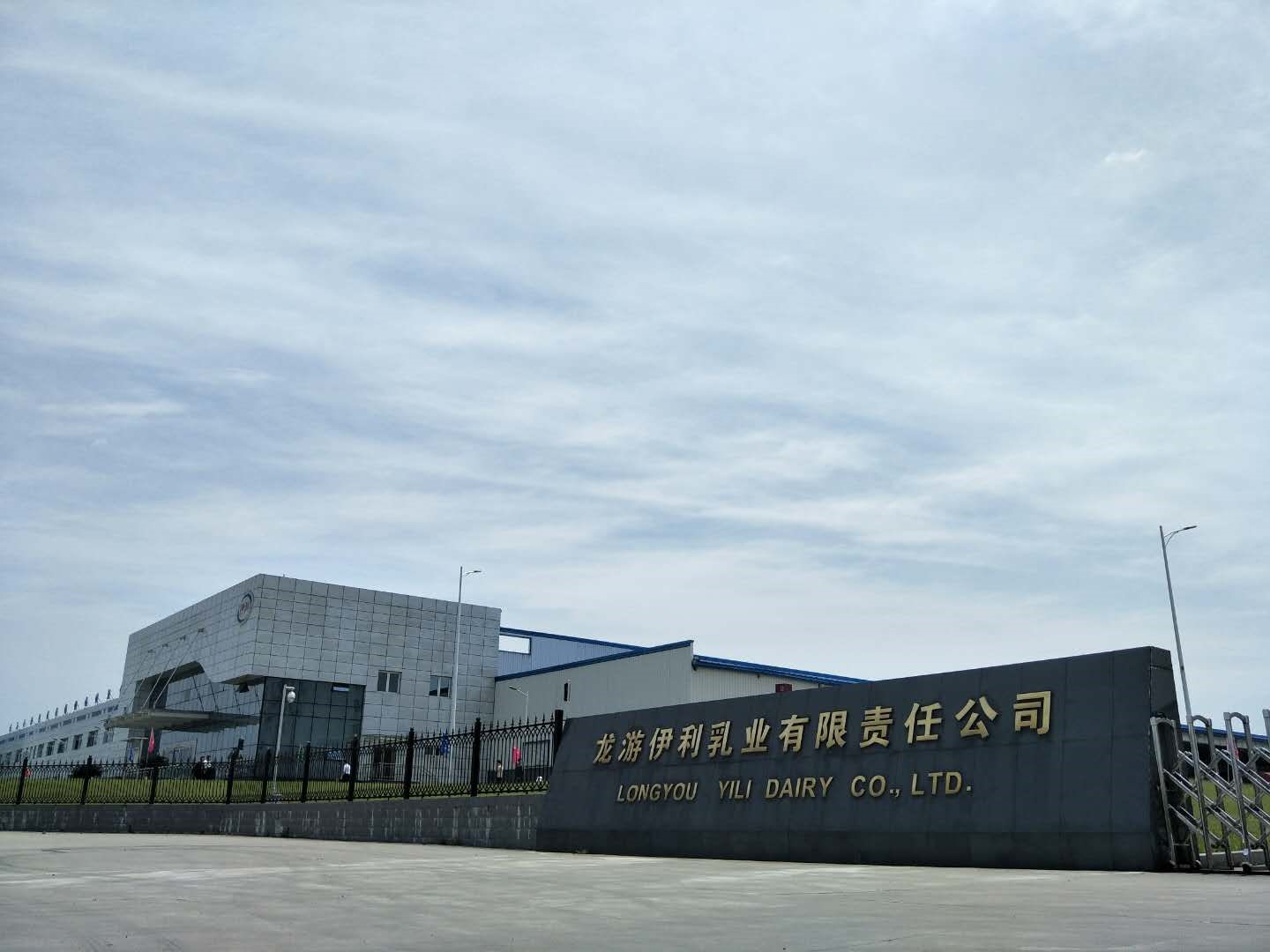 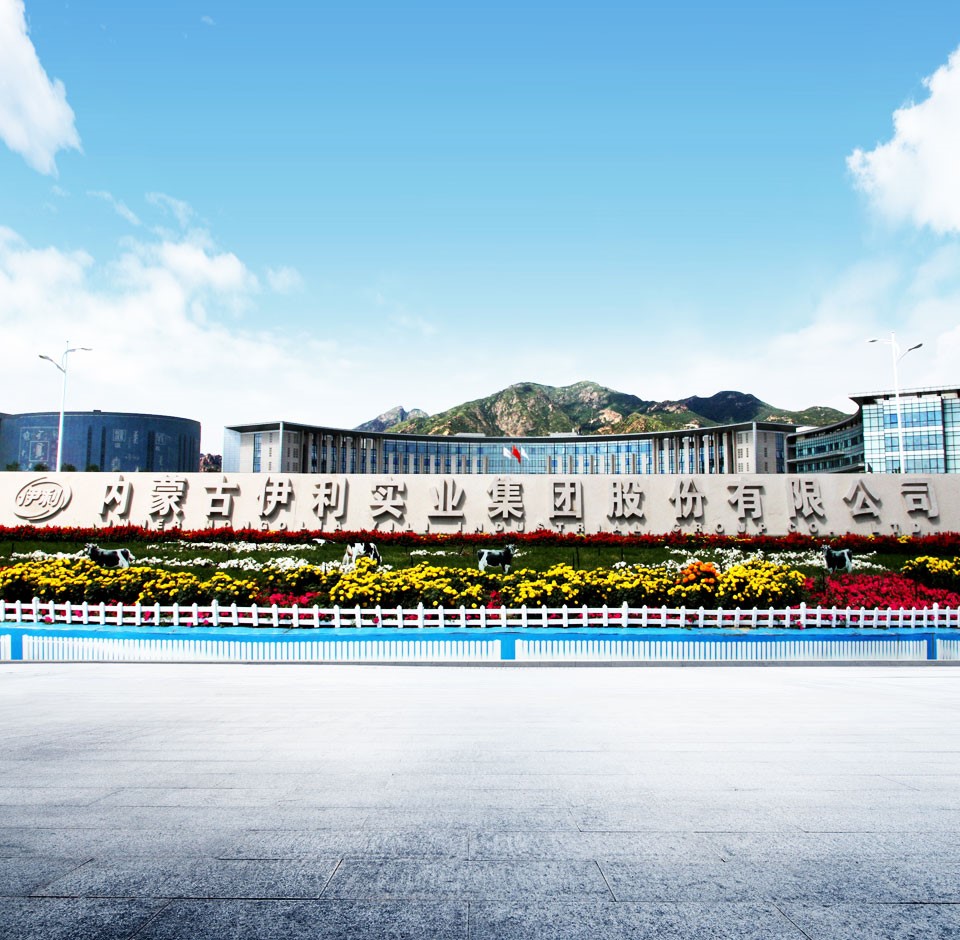 1.2 Plant at Longyou
Longyou Yili is located in Longyou County, Quzhou City, Zhejiang Province. Longyou County is located in the western part of Zhejiang Province, Jinqu Basin, the topography of the south and north high, the central low, saddle-shaped. Longyou is known as the major juncture of four provinces, boasting developed roads, railroads, and waterways, so products can be quickly sold domestically. Our plant was officially put into operation in May 2015, covering a total area of 103,300 square meters, with an investment of RMB 550 million and an average daily output of 728 tons. 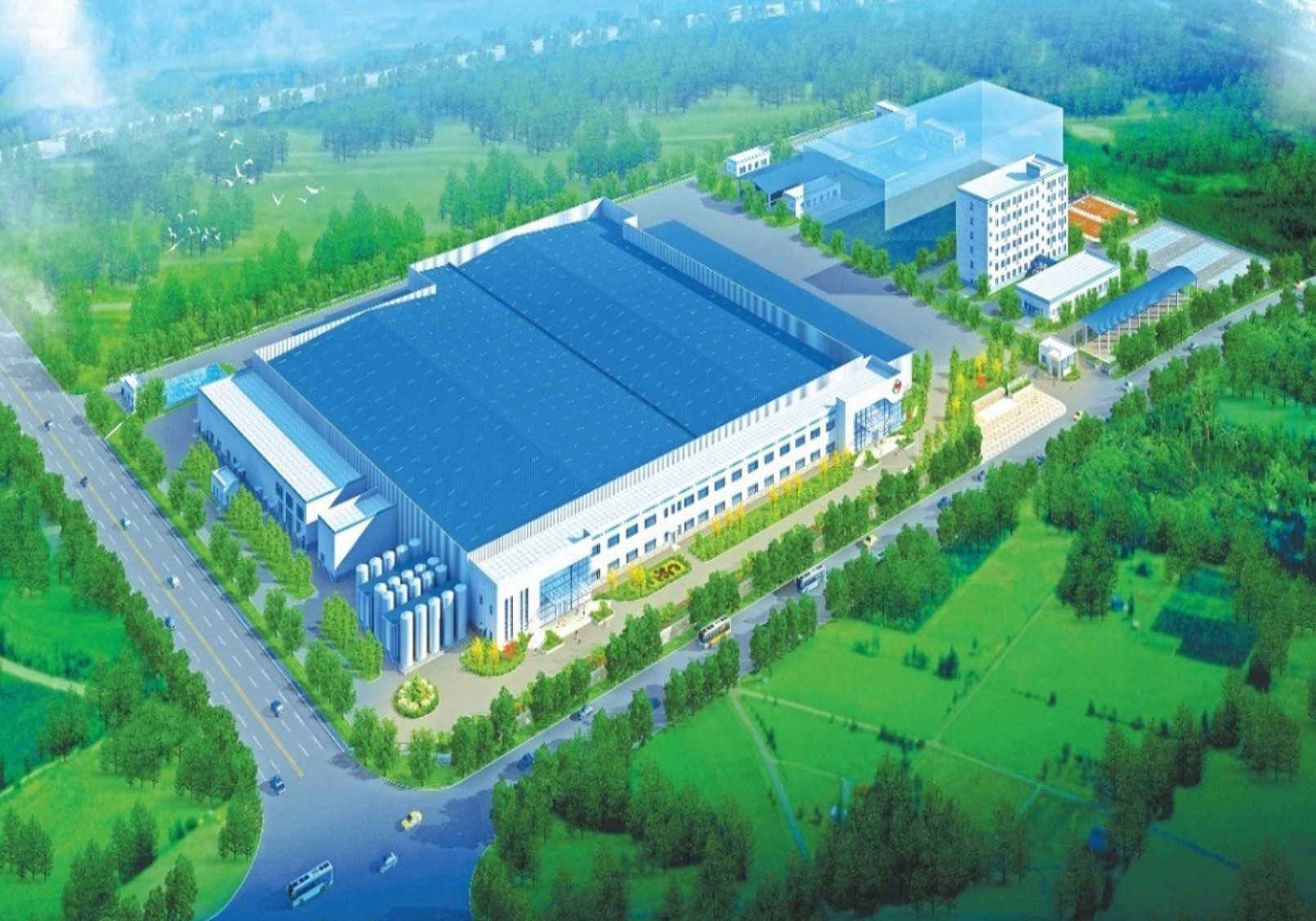 1.2.1 Brief History
Our e factory was laid in 2013 and put into production in 2015, TPM was introduced and basic improvement work was carried out in the same period. In 2016, our plant became the general warehouse supplier of ingredients for G20 summit and achieved good reputation. In order to meet the growing market consumption demand, we won Longyou County Quality Award in 2018. The second workshop of Longyou Yili was put into production in 2021. 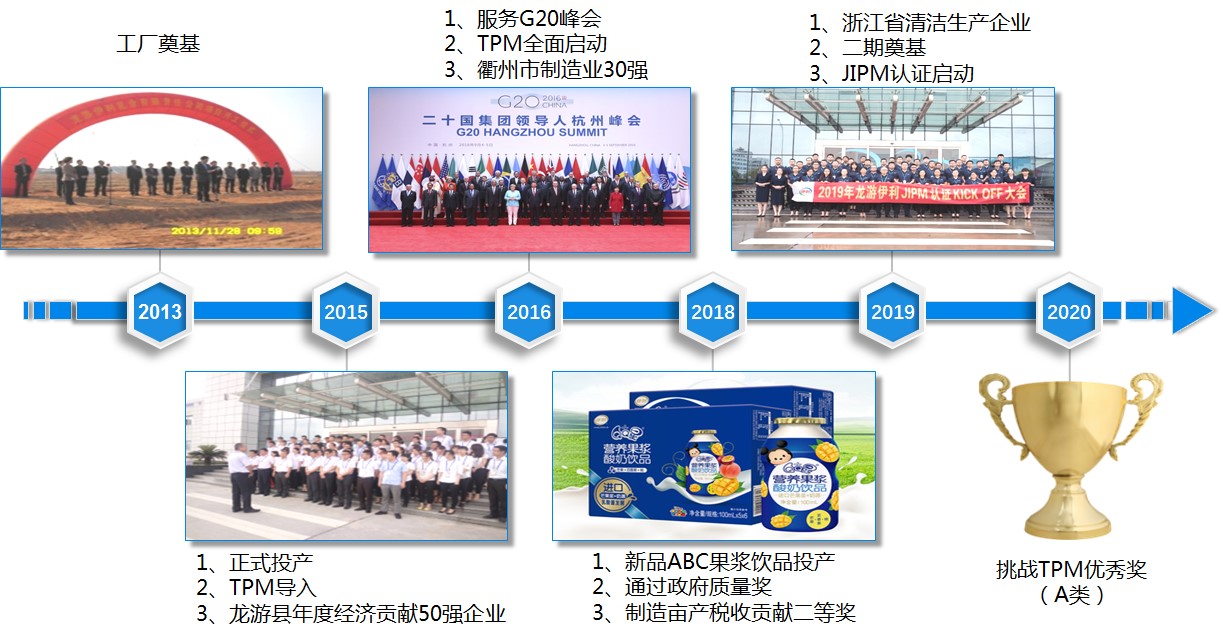 1.2.2 Equipment and Products
The factory is equipped with the world’s advanced inspection instruments to meet the demand for inspection of raw milk, raw and auxiliary materials and finished products, while responding to the Group’s increasingly high food safety requirements.
The production process is divided into four stages: raw material collection, pre-processing, filling and packaging, and storage, all of which are produced with advanced equipment in the world. We have two product lines: fermented milk and milk drinks, with a total of 10 production lines and 8 items. 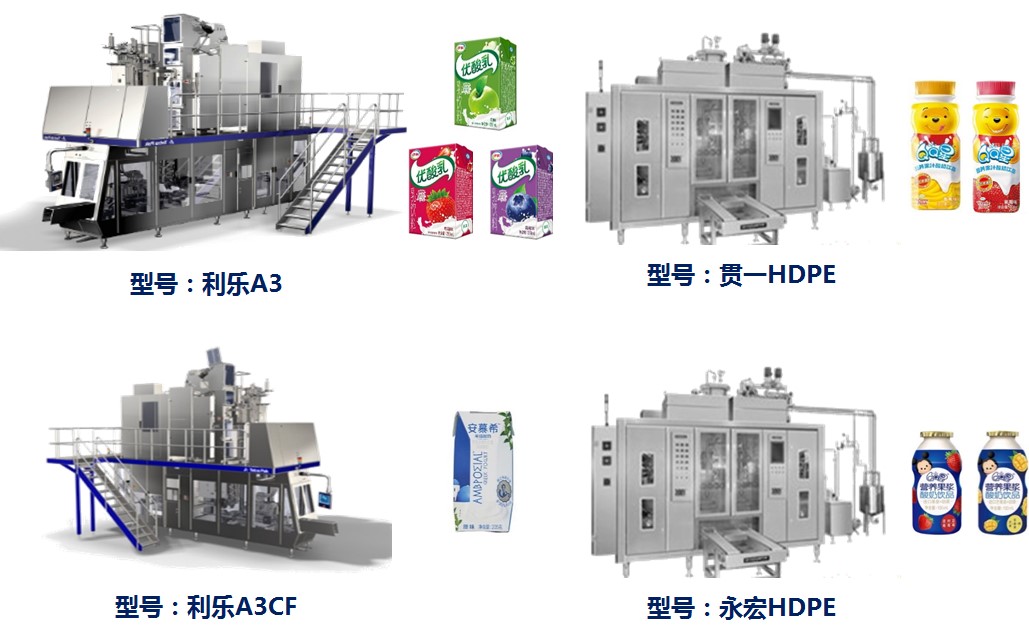 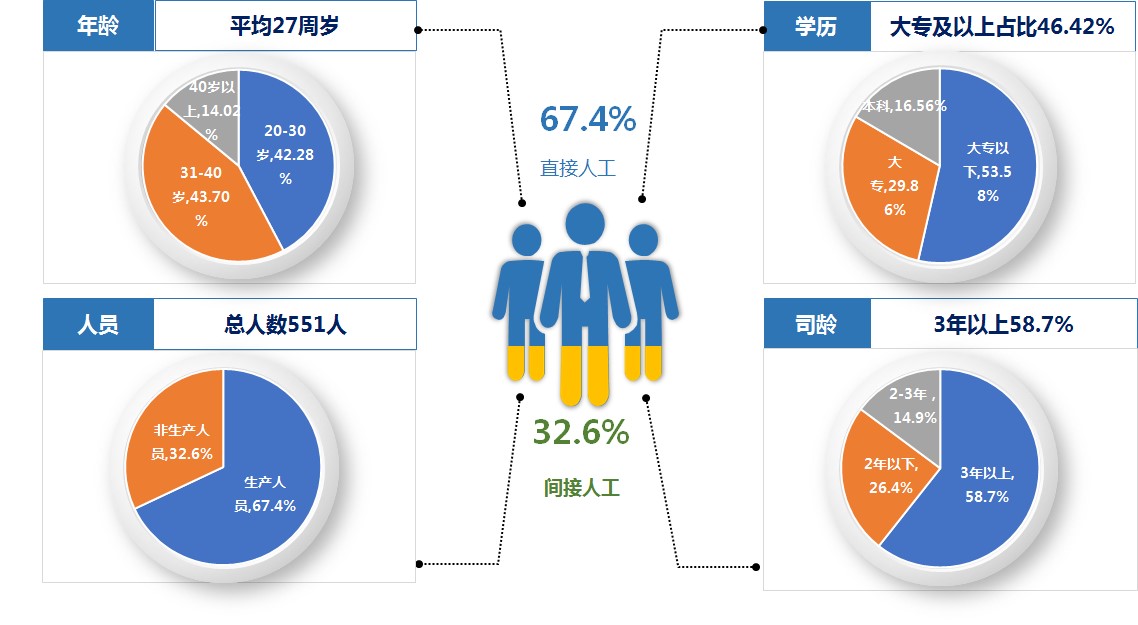 2. Milestones on the journey of Manufacturing Excellence

2.1 Reason for introducing TPM
The vision of Yili Group is to Become World-class Healthy Food Factory. In order to support the the Group’s vision, the Liquid Milk Division set a turnover target of RMB 80 billion in 2020. In order to support the Liquid Milk Division’s target, our plant set the strategy of strengthening foundation, maintaining quality, improving efficiency and reducing losses through SWOT analysis. 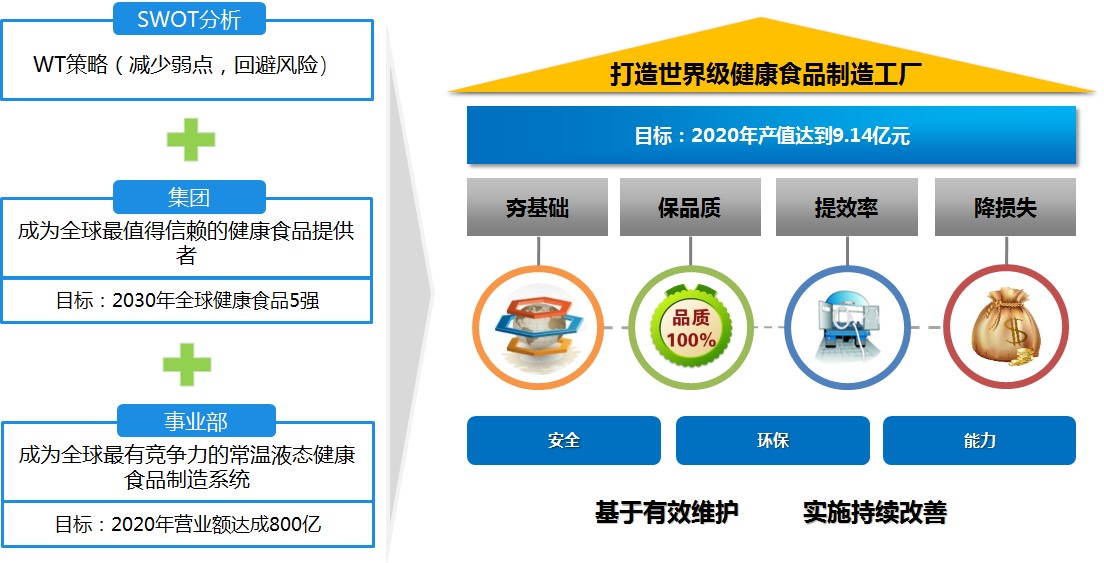 In 2015, our plant officially introduced TPM. We first established FI and E&T pillars, then successively introduced PM, AM, QM, SH, ENV, EM and OM pillars. Through TPM activities, our plant has achieved steady improvement in performance and improved employee morale, so we planned to strive for the TPM Excellence Award Category A in 2020. 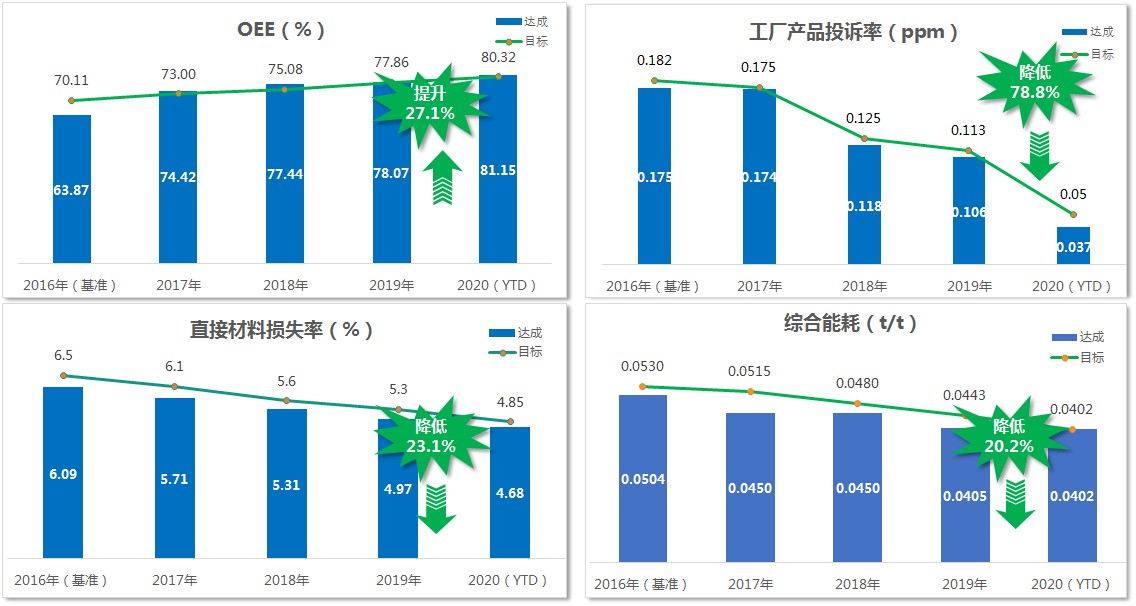 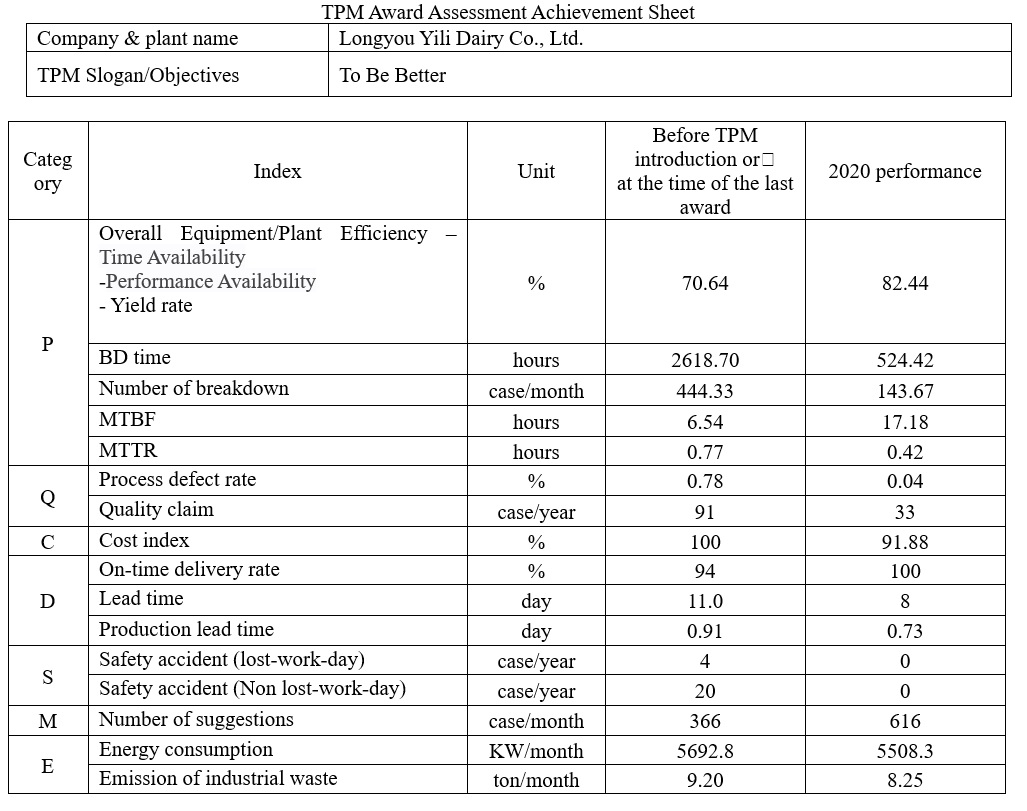 4. Key of our Manufacturing Excellence

4.1 Current State
We visualize all losses and pursue zero loss.
Our plant managers pays attention to and adheres to TPM, and collaboration between departments is closer.
Employees listen to customers’ needs and are 100% engaged, leading corporate transformation.
We enhance team cohesion and improve production operation and management through the integration of TPM improvement activities with daily work.
4.2 Future Plans

Next, we will identify the obvious and potential losses and make improvements, and we will continue to strive for various TPM awards to eventually achieve TPM World Class Manufacturing certification.

Back to TPM Database